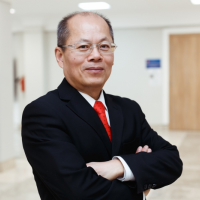 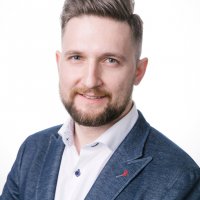 Section title: Functional nutrition for the prevention of noncommunicable diseases

Denis Baranenko, Ph.D., Associate Professor, Head of the International Research Centre "Biotechnologies of the Third Millennium" at ITMO University. Research interests cover a wide range of scientific topics, which include biologically active substances for the prevention of cancer, neurodegenerative and other diseases, biotechnological functionalization of alternative and secondary food raw materials, innovative technologies of food shelf life extension. He has published more than 100 scientific papers, the author of more than 10 inventions, the principal investigator of more than 10 research projects, including programs of the President of the Russian Federation, Federal target programs and international projects. He was awarded scholarships of the President of the Russian Federation, Governor and Government of St. Petersburg, a permanent member of the scientific committees of several international conferences and international academic exchange programs. 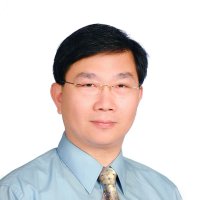 Dr. Chin-Kun Wang is a distinguished professor in Chung Shan Medical University, Council member of International Academy of Food Science and Technology., Former President of International Society for Nutraceuticals and Functional Foods (ISNFF), Fellows of International Academy of Food Science & Technology; ISNFF, honorary president of Nutrition Society of Taiwan, Chair, Global Incident Alert Network, Global Harmonization Initiative. He got his MD, Ph.D. degree from National Taiwan University and worked at Chung Shan Medical University in 1993. In 1996, he promoted as a full professor, and then took the positions of the Chair, Dean, Vice President and President in Chung Shan Medical University. His research work is focused on human clinical trials and human metabolism of medicine, nutritional supplement, nutraceuticals, herbs, and functional foods. He got the National Award of Biomedicine for his great contribution to the medical education in 2008. He was also honored as 2012-21 Who’s who in the world, Who’s who in Asia, and 2009-2010, 2011-21 Who’s who in Medicine and Healthcare. He also got the awards of outstanding research from several societies from 2009 to 2021. Dr. Chin-Kun Wang was the former president of Nutrition Society of Taiwan (from 2009 to 2012). For food safety and nutrition, he promoted the legislation for school sanitary law and national nutrition law. During the food safety problem in Taiwan, he jointed as a director of ILSI Taiwan and Chair of Global Harmonization Initiative to communicate with the media and press. He believes that scientific evidence is the best support for food safety and world nutrition problem. In the future, he tries his best to work together with the scientists around the world by network. 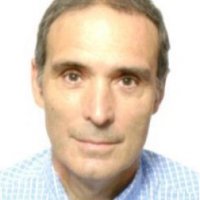 His research activity has been developed in the field of waste and wastewater treatment, with special emphasis on the application of biological processes. This activity began in 1982 when Prof. García started his PhD in application of anaerobic fluidized bed reactors for wastewater treatment. Besides application of anaerobic processes for municipal and industrial wastewater, research moved to biological nutrients removal including nitrification, denitrification and biological phosphorous removal. Related with this research line, special attention has been paid to the use of microalgae processes for nutrients removal from wastewater and the treatments of gaseous streams with a high CO2 content and subsequent exploitation of the produced biomass as a whole or fractioning it. For characterisation and monitoring of the bacteria involved in biological waste treatment and to increase the knowledge of biological processes involved in treatment systems different molecular technics (FISH; PCR; DGGE; qPCR…) were used. With these technics, the influence of environmental parameters and operation variables over populations dynamics were studied, and obtained data can be used to improve wastewater treatment control. In the last years the behaviour of micropollutants, as pharmaceuticals and other emerging pollutants in wastewater treatment systems has started to be studied both to determine their biodegradability as the possible interference in the system. 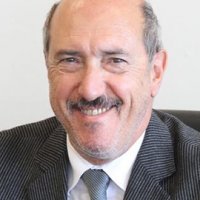 MSc in Agricultural Sciences at the University of Bologna, curriculum of Food Biotechnology; PhD in Food Biotechnology. From 2000 to now Full Professor of Food Science and Technology and Coordinator of the Bachelor Degree Course in Food Technology at the University of Bologna, Campus of Food Sciences of Cesena. From January 2011 to 2018 Director of the CIRI agro-food industry (Interdepartimental Centre on Agrifood Industrial Research) of the University of Bologna. Author of about 300 scientific papers, speaker in over 200 events in Italy and abroad (H-index Google Scholar 41 SCOPUS 32). Scientific responsible for regional and national research projects, coordinator of the EU FOODSPROCESS (Marie Curie) project and U.O. of EU projects: FAIR: CA on osmotic dehydration; KBBE: Heatox, CHANCE, Track-Fast, Rescape, Core Organic Plus Ecoberries, and FoodNet, Iseki Food 1-2-3-4. ISEKI_Mundus 1-2). Chair of the EFFoST Conference (2013) and co-chair of the Foodinnova® Conference in Cesena (2017). Chair of the Value Chain FoodQST in the frame of the CLUST-ER Agri-food sector of the Emilia Romagna Region.